Mitch’s soccer camps are great for including all types of players, from fun campers who are looking to make new friends and get involved in their community to competitive campers who are looking to further develop their technique and physical abilities. Players aged 6-18 of all levels and backgrounds have the opportunity to work on their game and create memories that will last a lifetime.

Pay What You Can - Classic Summer Camps

Donate what you can upon registration for our Classic Summer camps. Our programs are supported through your donations and are necessary to continue running camps for everyone. Before turning non profit, historically our camps cost $135-$150.

Prizes will be given out to the beauties of the “day”, “week”, or “moment”! We give out prizes to players who are showing acts of “beauty” on and off the field. This means someone who shows signs of sportsmanship, is helpful to the coaches and fellow players, and who shows overall “beauty” qualities. Soccer balls, GK gloves, Nike, Adidas & Under Armour apparel are handed out as prizes every day. 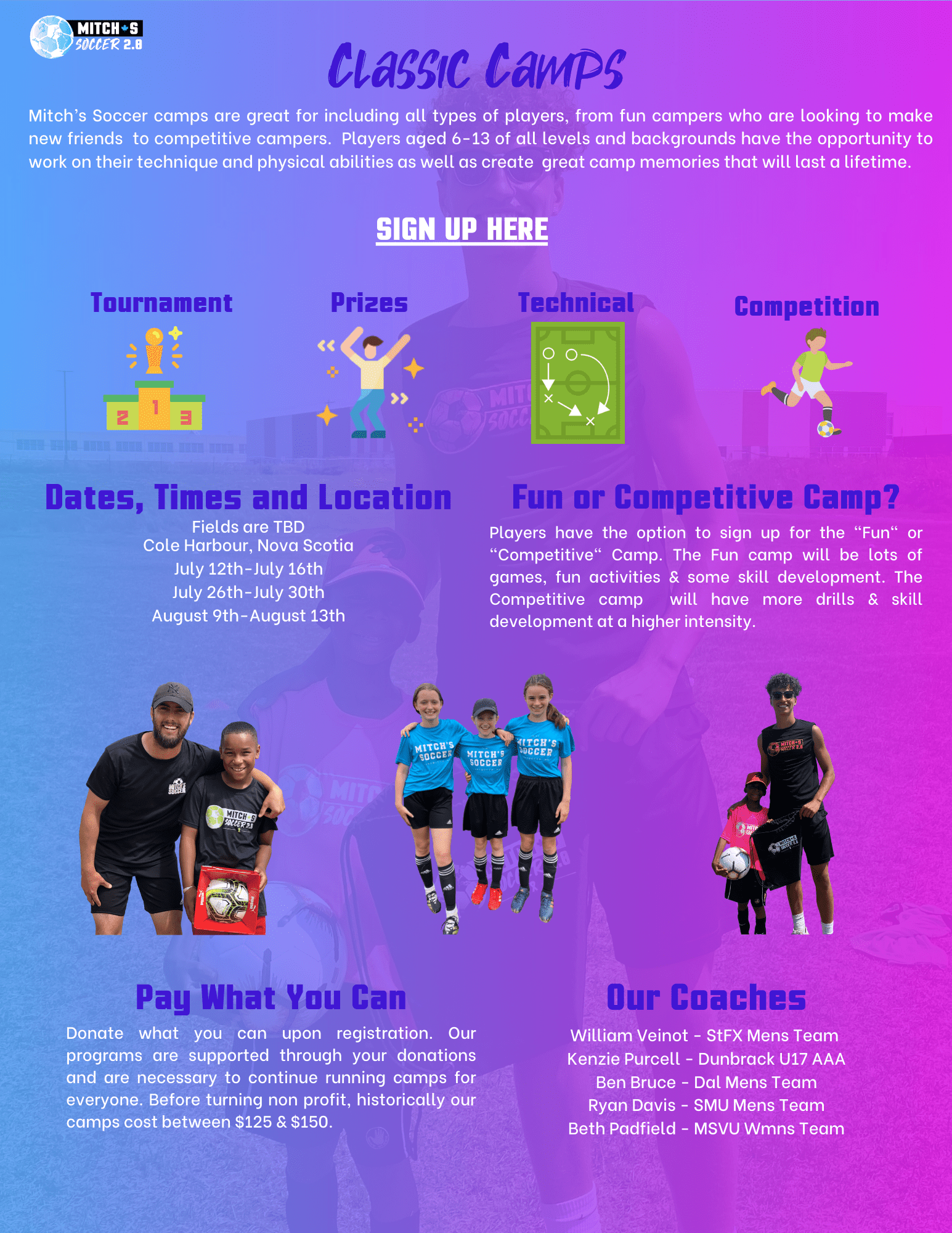 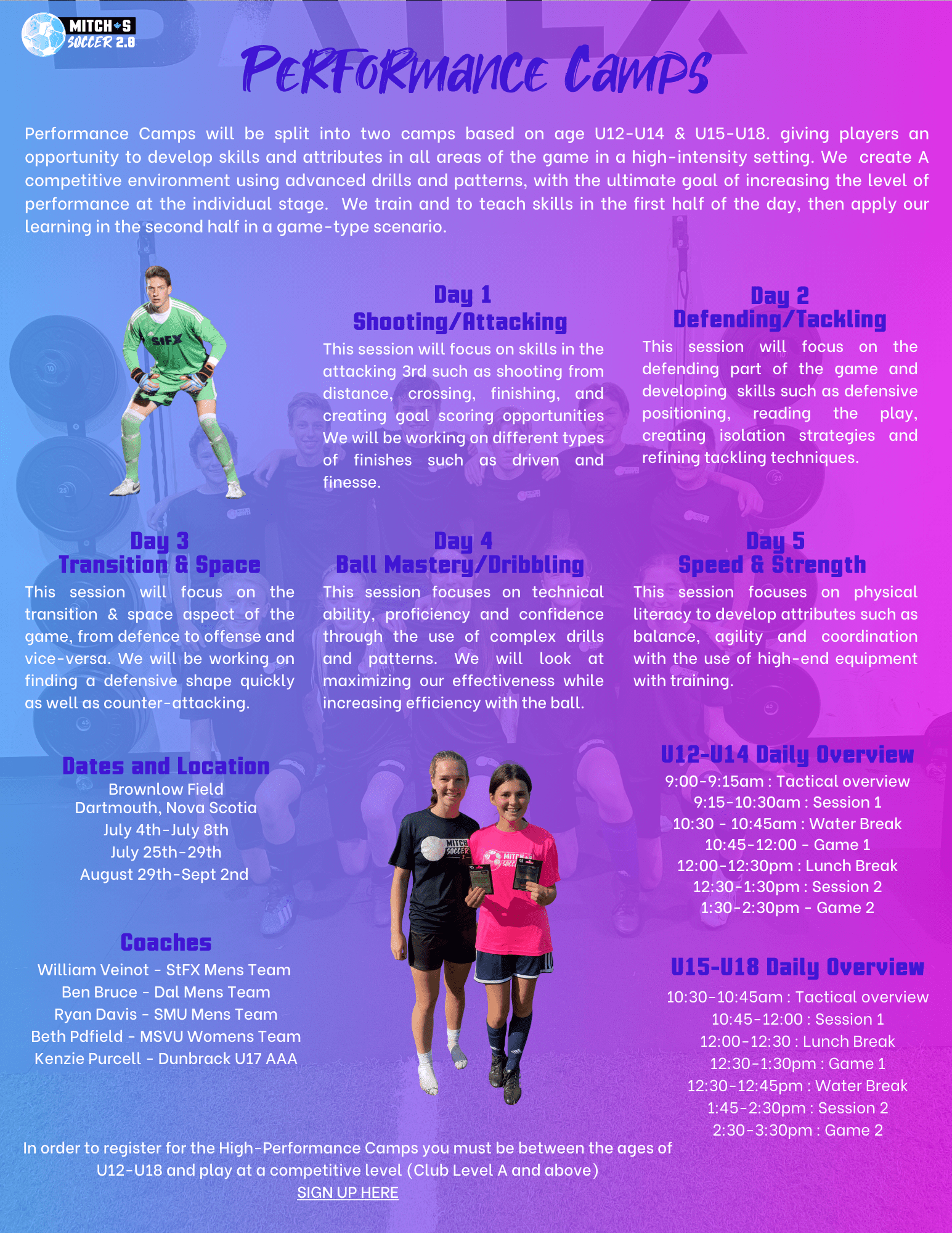 1) Choose your camp(s) from our Shop Camps Page

2) Fill Out Player Information for Each Camper

In 2013 Mitch held his first camp with Cole Harbour Soccer Club. That very same year he was hired as the Technical Director. After five successful years at CHSC, Mitch pursued a career change and started two businesses; one was Mitch’s Soccer. In his first year of business, Mitch started with 6 camps and coached approximately 500 players. This then expanded to an impressive 10 camps in 2018!

This increase in business came with a shocking personal blow to Mitch when he was diagnosed with life-threatening Crohn’s Disease. Mitch was forced to cease operations and give up on his business dreams to focus on his personal health.

In January 2019 Mitch was in the hospital and battling an intense Crohn’s flareup. The disease had caused major depression and feelings of hopelessness in his life. Mitch found new hope during his recovery and the concept of Mitch’s Soccer 2.0 was born! With this revived ambition and dedication to spreading mental health and IBD awareness, Mitch and his A-team are prepared to launch the new and improved Mitch’s Soccer 2.0. There will be many exciting guest coaches, partnerships, prizes, new drills, and fun games! Stay tuned and subscribe to our newsletter and social media sites for more info! 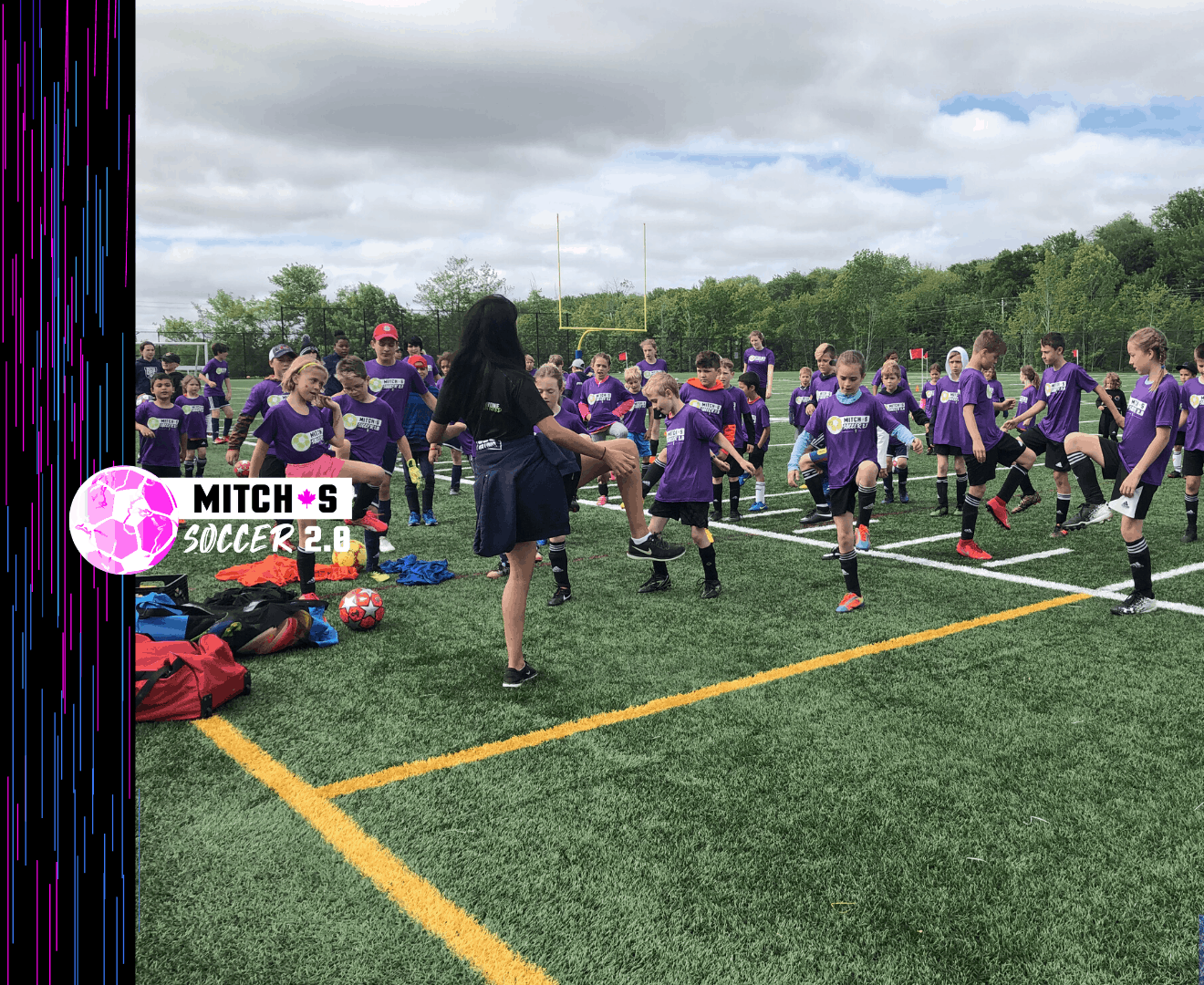 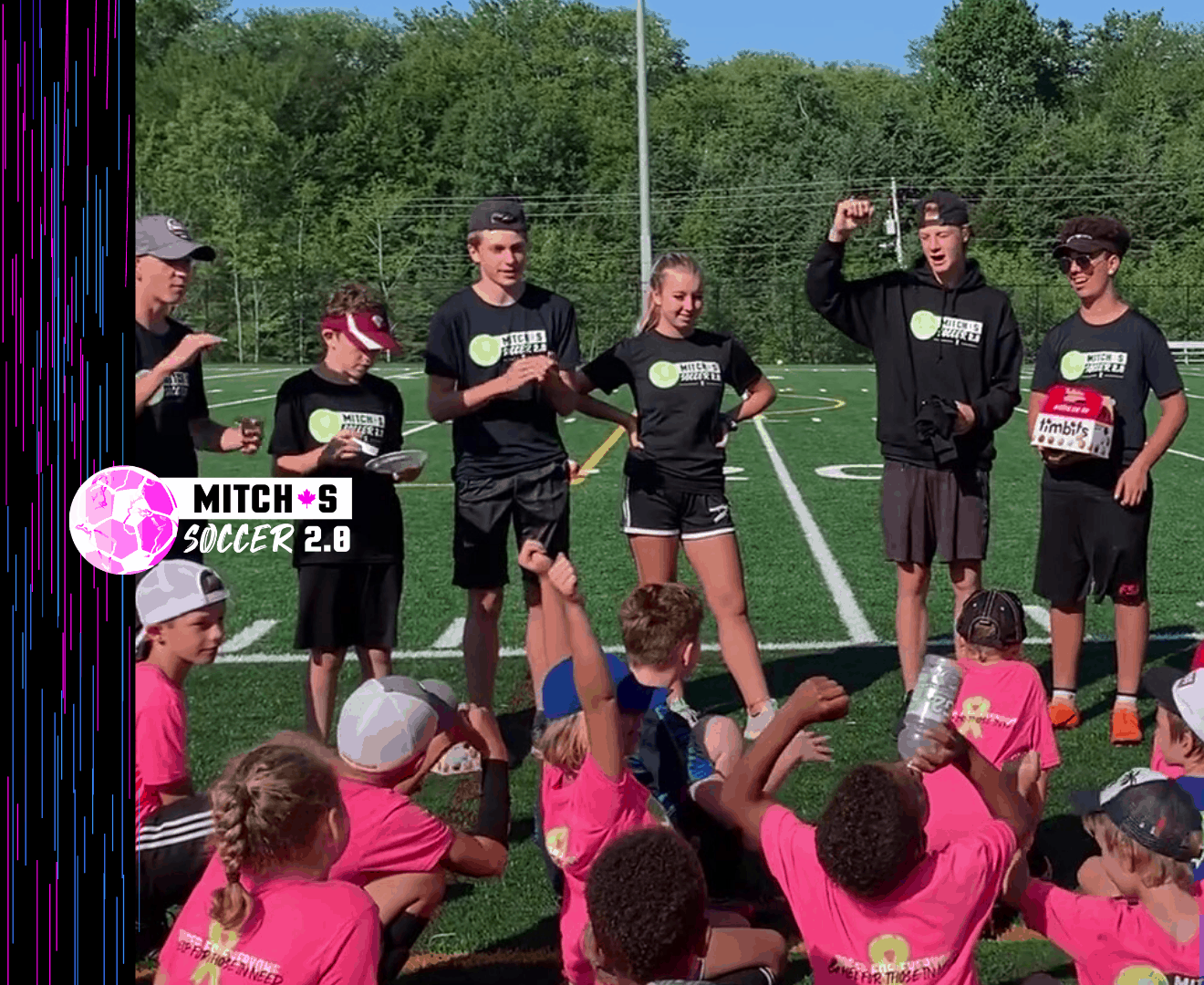